Snapchat recently published a new 60-page 'Snapchat Generation' report that incorporates responses from over 27,000 daily users on the platform. These users are from various regions and the report provides insights into behaviors and habits of younger audiences.

One main takeaway is that the next generation is much more likely to communicate with images as opposed to text.

This data is also backed up by the rising popularity of Stories and other platforms such as TikTok. Video can express and convey messaging a lot better than text can, emoji's also can convey more meaning in fewer characters than standard text.

These same users also are using their influence to encourage responsible corporate behavior. 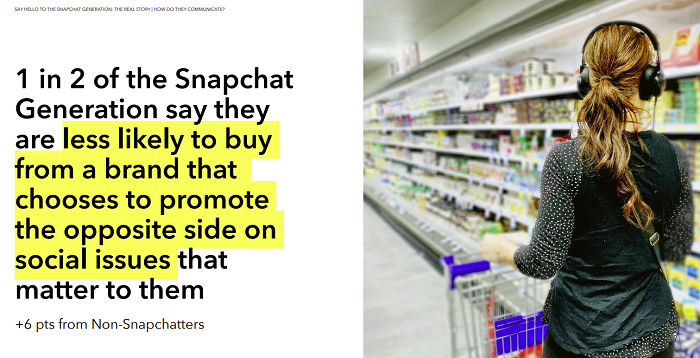 It's become quite apparent that younger audiences are growing increasingly aware of social issues and are taking to social to express their stance, even looking for brands to do the same. Snapchat has noted that its users generally have higher discretionary spending capacity than non-users. Snapchat has been known to be popular with higher income audiences. 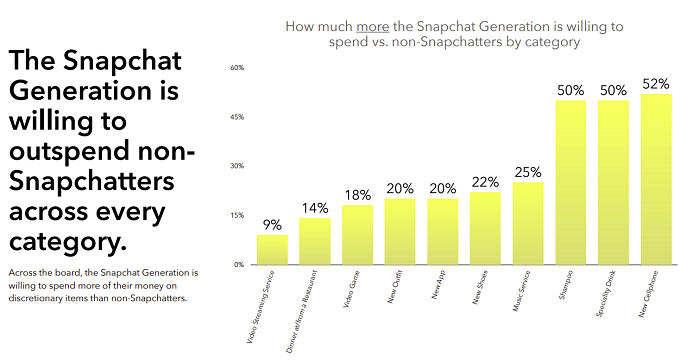 Users on the platform are also increasingly showing signs of wanting to engage with new tech, such as AR, during their shopping experience.